I spent the first 10 years of my life living in the San Fernando Valley, but every weekend that I can remember my family drove north on the 101, through Malibu Canyon, where we would finally end up at the famous First Point at Malibu Surfrider Beach- the mecca for the rich surf history of California. As my dad spent the days riding waves and my mom snapped photos, I would walk up and down the beach with my own surfboard under my arm- a 3 foot long wood plank I had found on the shoreline washed in by the sea. I would watch my dad and wait for him to come in, but for whatever reason, it was like pulling teeth whenever he would try to get me out on his board with him. Yet, when I did, I always had the time of my life. As luck would have it, in 1987, my dad found a small, affordable canyon home in the hills of Malibu. Despite the fact that the move was not that logistically far, at the age of 10, my entire world slowly began changed. 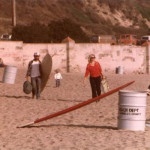 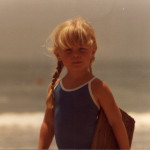 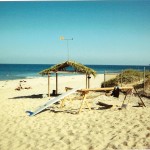 It was the end of my sophomore year and I had spent the last semester affiliating myself with a group of people who were not a positive influence in my life. After much thought, I decided that I needed to make a change in order to protect my future. So, at 16 years old, I removed myself from the situation I had become comfortable, yet unhappy, in and began going back to First Point Malibu, where I would wait for my dad to arrive after he finished working. That first summer I was so insecure that I refused to paddle out until my father was there to go with me. I had no friends my own age. In fact, the only friends I did have that summer of 1993 were all over the age of 45. Time passed. Summers came and went and as time progressed, so did life for me on the sand and in the sea at Malibu Surfrider Beach. As hoped, I got better and better at surfing and it became something I realized that I could never live without. I eventually made my way into the cool, younger crowd that frequented the point. For a couple years, I was one of the few women seen in the lineup in the water on a regular basis- not to mention the youngest- and this definitely had an impact on the person I was to become. 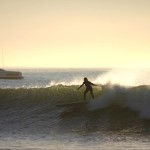 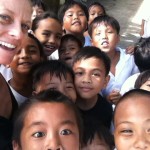 I have not only managed to hold my own in this male-dominated sport, but have also found many creative outlets and varying means of success, as well as developed much of who I am through surfing. Perhaps you can say this experienced has made me calloused- I think it has made me stronger, wiser, and more enlightened to the world around me. Surfing has taken me all around the world and given me the opportunity to see and learn about other cultures. Through my travels to destinations containing societies far different than my own – such as Costa Rica, Mainland Mexico, Australia, the Philippines, and Japan – I have seen first-hand the factors pertaining to perceived cultural differences, as well as the universal truths that bind us together as a human race.